Looking back at TJCA Athletics 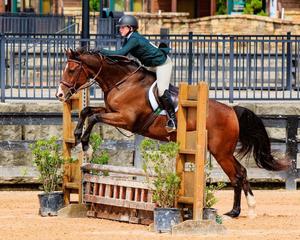 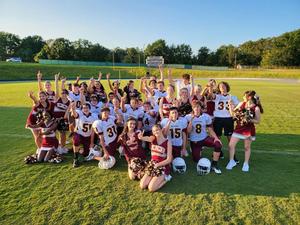 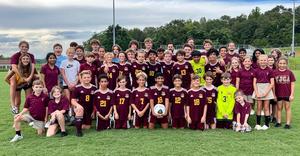 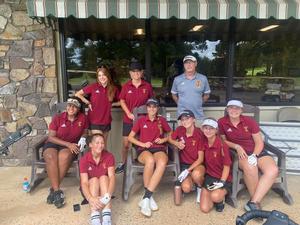 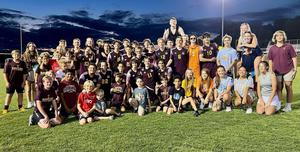 The women’s golf team remains unbeaten on the season and sits atop the Southern Piedmont 1A/2A Conference standings, winning its first four matches in dominating fashion.

The women’s tennis team is also off to a strong start, beginning the year 3-2 and 2-2 in conference play. The Lady Gryphons will be in action tomorrow against Cherryville at Cleveland Country Club.

The men’s varsity soccer team began its conference campaign with a win last Wednesday over Burns, 3-0, which moved the Gryphons' record to 2-2-2 overall with a 1-0 record in conference play. The Gryphons will travel to Shelby tonight to face the Golden Lions.

The high school cross country team is also off to a strong start competing in four different meets thus far and posting several strong individual performances. Next on the schedule is the SCA Invitational on Tuesday, Sept. 20.

The volleyball team finds itself in the thick of the conference race, posting a 3-3 conference mark on the season, defeating Shelby in four sets in its most recent match. An all-important showdown with Cherryville will be played Tuesday, Sept. 20 at Cherryville.

The varsity football team fell to Bessemer City on Friday night but had multiple bright spots in the contest. The Gryphons will be on the road Friday night at Shelby.

The middle school boys soccer team sits at 6-0 on the season, with a 4-0 mark in conference play. The Gryphons have played strong defense, allowing just five goals on the year. Next on the schedule is a trip to East Rutherford on Sept. 20.

The middle school cross country team competed in its first meet last week and both the boys and girls came home with first-place finishes. The Gryphons will travel to Shelby today for a conference meet.

The middle school football team won last week, knocking off CHASE 34-12. The win improved the team’s record to 1-1. TJCA will travel to Shelby on Wednesday.

The middle school softball team is off to a 1-3 start but has been competitive in every game they have played. The team also made history this year, becoming the first team to play a game on one of the brand new athletic fields on campus, defeating Shelby. Next on the schedule is a trip to East Rutherford on Tuesday, Sept. 20.

TJCA is also fortunate to have two outstanding groups bursting with school spirit in the varsity cheerleading squad and the middle school cheerleading squad. Both squads have done stellar jobs early in their respective seasons.